To kick start this part of the forum lets see if we can get a roll call of OG players for the Xbox 360 port! I was VagabondVoltron, A shared xbox account between my brother and I. he usually play 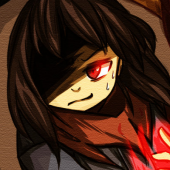 I was a CAST named Azzanadra back in the day.  I doubt I'll see anybody I knew though.

I only played the demo back in the day because I cbf to pay for xbox live AND psu. Fuck that shit. I didn't care about the game that much LOL.