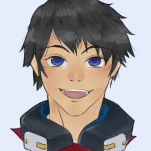 Gnome Glasses Current version: 1.14 An all-in-one(someday) addon for PSU   Current features Floor reader (Item scanner) - This will display all drops on the ground in your cu

I know I didn't get to alot of what people wanted to see, but hopefully in my next update push.   For your first question, it's something I wanted to do, so people can set their preference

I know a good handful of users are experiencing issues getting this to work, I'm looking into the cause and will update the files when I have a fix.   Thanks for the feedback, if you press